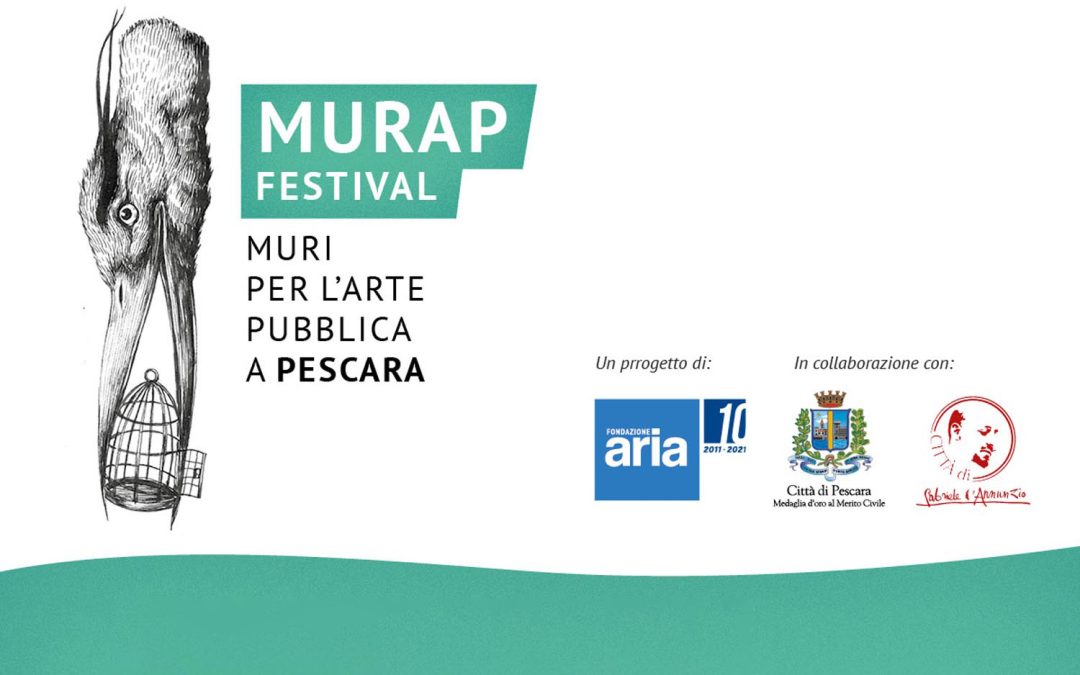 Four international street artists. Three urban sites and two neighborhoods. MURAP Festival – Walls for Public Art in Pescara – www.murap.it – is the name of the event dedicated to urban art, promoted by Fondazione Aria in cooperation with the Municipality of Pescara.

From July 30 through August 8 Pescara will look like an urban construction site with live street art performances all over the town. The 2021 edition debuts with 550 square meters of wall paintings carried out in three different city sites.

Ericailcane and Bastardilla, a well-established duo that, for about eight years, has been participating to the most important events of the muralism international scene, are about to paint their humanized animals on the walls facing the sea of the eleven pillars of the motorway between Risorgimento and D’Annunzio bridges. The plot recalls the 19th century’s stories of the Bourbon Jail building, “obscured” by the construction of the motorway in the 1970’s.

Antonello Macs, from Lanciano, among the most renowned international characters, will bring his art in Zanni neighborhood, on the mountain side wall of an Ater (public housing institution) building, along Tripodi street. His intervention will embrace the directions emerged from a listening activity carried out among the district’s inhabitants with the support of the Social Policies section. The realization of this participatory planning gives the Municipality of Pescara the opportunity to implement, at the same time, the requalification/enlargement of a public garden situated in front of the mentioned wall.

Alessandra Carloni is the fourth artist featured in this first edition. Through dreamy characters and fairytale atmospheres, she doesn’t really offer alternative realities, she rather points out on that positive dream part which exists inside every one of us. Her artwork will be applied on the sea side wall of via Cesano’s Britti Multipurpose Center. Her intervention will consider the district’s inhabitants suggestions collected, too.

The panel’s purpose is the debate on the state-of-art of this particular form of artistic expression, as a consequence of its “impetuous irruption” in the 3rd millennium that shows an unforeseen vitality as well as the need to reconsider its terms and purposes.

The initiative stems from the opportunities offered by the “Municipal regulation about the promotion of Street Art and Writing” approved in 2019.